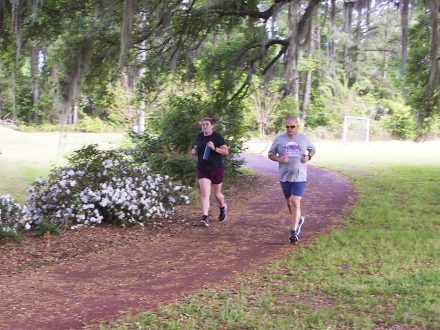 In preparation for the upcoming Beat the Badge 5k run, the Bainbridge YMCA is hosting the Couch Potato to 5k program. These practice runs are held on Tuesdays and Thursdays at 6:00 PM, with the aim of helping beginning runners train to compete in the run.

Bridgett Harrell, one of the program’s organizers, spoke with the Post Searchlight about the runners and their progress. “This is a walk-run alternate, so if they still can’t do the run part, they can slow down and walk at their pace.” She said. “There’s one guy that jokes about how he was just on the couch, and he can’t run at all. Last week he walked the whole thing, this week he jogged a little bit, and by May or June, he’s gonna be able to complete it.”

“I would say it’s a fantastic way to introduce people who’ve never had any experience with running, to start a good program and end up completing something they probably never thought they could do, like a 5k race,” Harrell’s husband Benny said. “The runners are just the most supportive group I’ve ever been with. They’re just uplifting and encouraging each other because we’re not competing against each other,” Harrell concluded.

The original date for Beat the Badge was set for May 29, but has since been rescheduled for June 5. The race will pit runners against members of Bainbridge Public Safety, and will benefit Kids ‘n Kops. Registration fees for the 5k run are $45 for members and $60 for non-members. A sign-up form is available on the Bainbridge YMCA’s Facebook page. 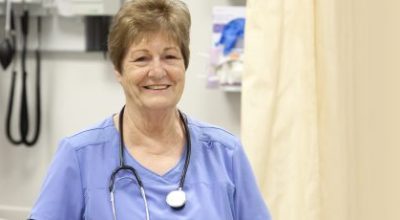 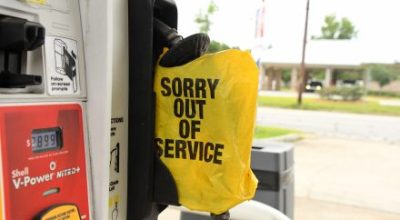 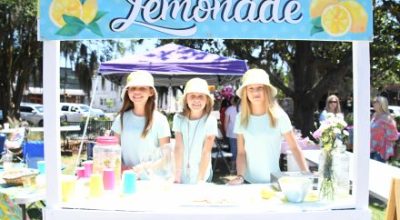