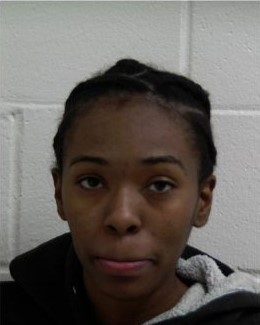 Insurance and Safety Fire Commissioner John F. King announced Tuesday, February 23 that Shakeerjha Tejha Parker, 20, was arrested on 1st Degree Arson and Burglary charges in connection with a Decatur County fire that occurred at 11:17 p.m. on Tuesday, February 16. The single-story wood-frame home is located at 154 Gaines Bouie Road in Attapulgus.

According to Decatur County Sheriff’s Office Investigator Vincent Edmond, Parker was arguing with her child’s father, Jermaine Cosby, when he asked his girlfriend, Jewell Herring, 62, to come and pick him up.

Upon arrival, Herring and Parker had a heated exchange of words before Herring and Cosby drove away.

Parker was still angry with Herring and Cosby and reportedly drove to Herring’s home to wait for her and Cosby to return. As Herring and Cosby were pulling in the driveway, they saw Parker’s vehicle and called the police. They told officers they did not want any altercation and decided to pull away and wait for officers.

Seeing Herring and Cosby drive away enraged Parker. She then broke into Herring’s residence and broke the television and window before setting fire to the bed.

“First responders arrived to discover flames coming out of the rear window of the house,” said Commissioner King. “Investigators found that the fire originated in a rear bedroom near the bed and window.”

Parker was then arrested by the DCSO. During her interview with Edmond, Parker revealed Cosby went by several other names and had alias. Edmond ran the names through the system and Cosby came back as wanted for a misdemeanor of fleeing and eluding Georgia State Patrol.

Cosby has since been arrested.