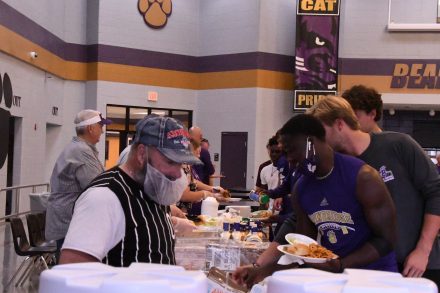 Bainbridge Church of God served spaghetti and all the sides to the Bearcats on Thursday afternoon.

Bainbridge Church of God served a spaghetti dinner to the Bearcats on Friday, prior to their first home game against Coffee County.

Pastor Ryan Carnes said Bainbridge Church of God has many players that attend his church and he wanted to support them by providing them with a meal.

Carnes hopes to get other churches involved in serving the student athletes in weeks to come.

While setting out the food, Brother Steve Brooks prayed for the team and held a quick devotional.

He asked the players to raise their hand if the late Heith Maxwell had ever coached them; most everyone raised their hand.

Brooks explained to the players that what they all remember about Maxwell is the legacy he left of being a good father, coach, athlete, and person.

Brooks went on to tell the players that now is the time to become great young men.

He told them to be someone that everyone would be proud to know and call their friend.

He reminded them to live their life like Heith Maxwell, and go out on the field Friday and be a great athlete and more importantly a better person.

Brooks then finished his devotional and ended in prayer. 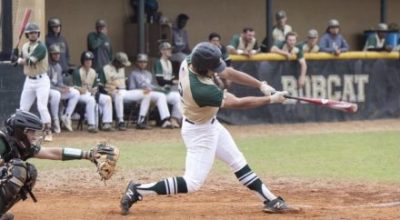